David Irving - In Search For Truth In History
Tors_Hammer
510 Views 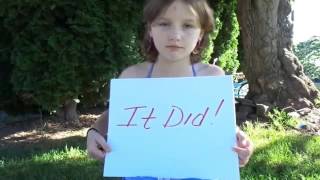 In 2014, there was a large ebola outbreak in Africa that caused panic and chaos across the region. Due to journalistic malpractice, this problem was blown completely out of proportion by western media outlets from Bloomberg to CNN and everything in between.

The internet responded to this situation by creating and promoting a fictional character named Ebola-Chan, a pink haired petite anime girl who had the ebola virus as her hair. Before anyone could even comprehend what was going on, Ebola chan was posted everywhere!

Tired of the ebola spam happening across the web, Cure-Chan was born! Cure Chan was a busty blue haired beauty who was often drawn in opposition to Ebola Chan. Their internet rivalry became a meme and soon, they were well known across the web! Until people got bored. Then Ebola-chan and Cure-chan were forgotten and left to rot, the end!

If you ever wondered "What Was Cure-Chan", now you know!

David Irving - In Search For Truth In History
Tors_Hammer
510 Views