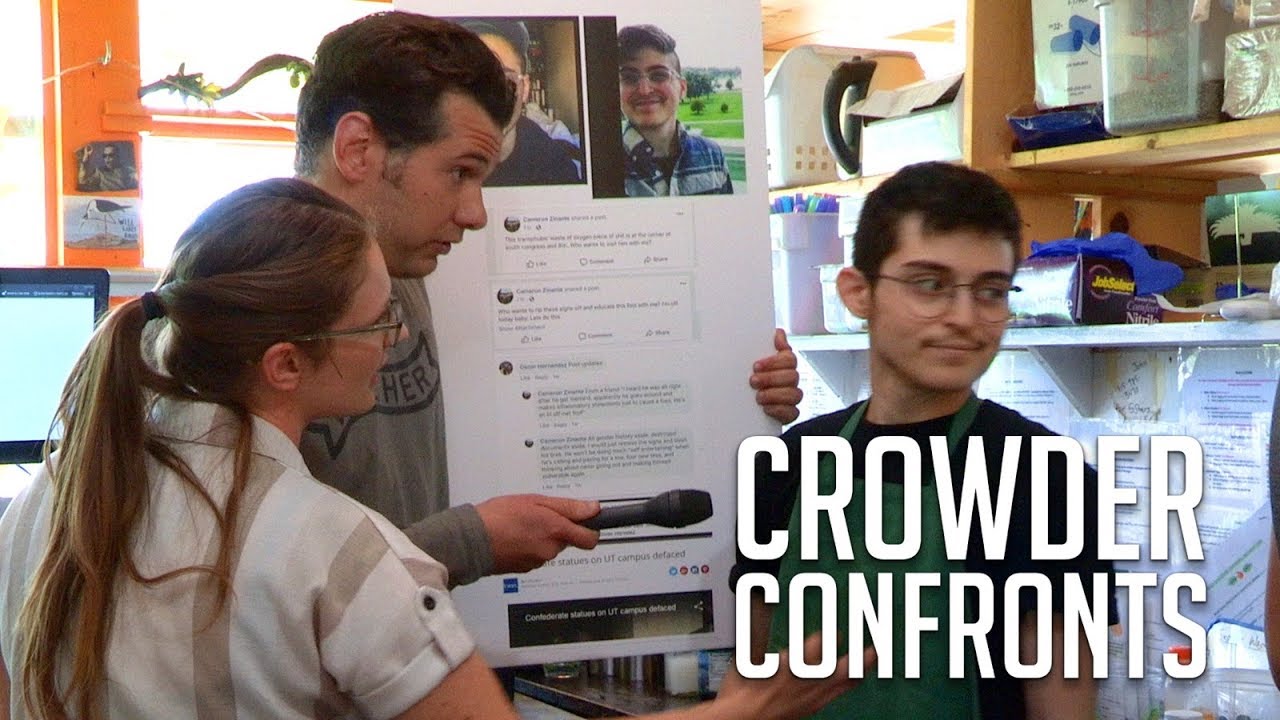 WHAT IS HAPPENING AT LOUDER WITH CROWDER.mp4

Louder with Crowder is a right wing political commentary channel on Youtube hosted by Steven Crowder and Jared Monroe, at least until recently! As of August 2018, three members of the Louder with Crowder crew have left the show, they are no longer employed. First was Sven Lukas also known as SvenComputer, who only worked there for a little over a month before being fired on air by Steven Crowder. Why did SvenComputer get fired? Watch the video! Next was the simultaneous resignations of both Aaron the Intern & NotGayJared - who it turns out, was straight all along! NotGayJared left because he's having a baby and the show takes up so much time and energy he'll be needing in the future, and Aaron wants to be a film maker. Steven Crowder continues to smile as all his comrades jump ship, and Louder with Crowder continues trucking in spite of wild rumors flying about regarding SvenComputer's true reasons for leaving the show. When the NDA (NonDisclosure Agreement) expires, we'll know the true story; but right now all we can do is speculate on the truth behind SvenComputer's demise. Stay tuned!